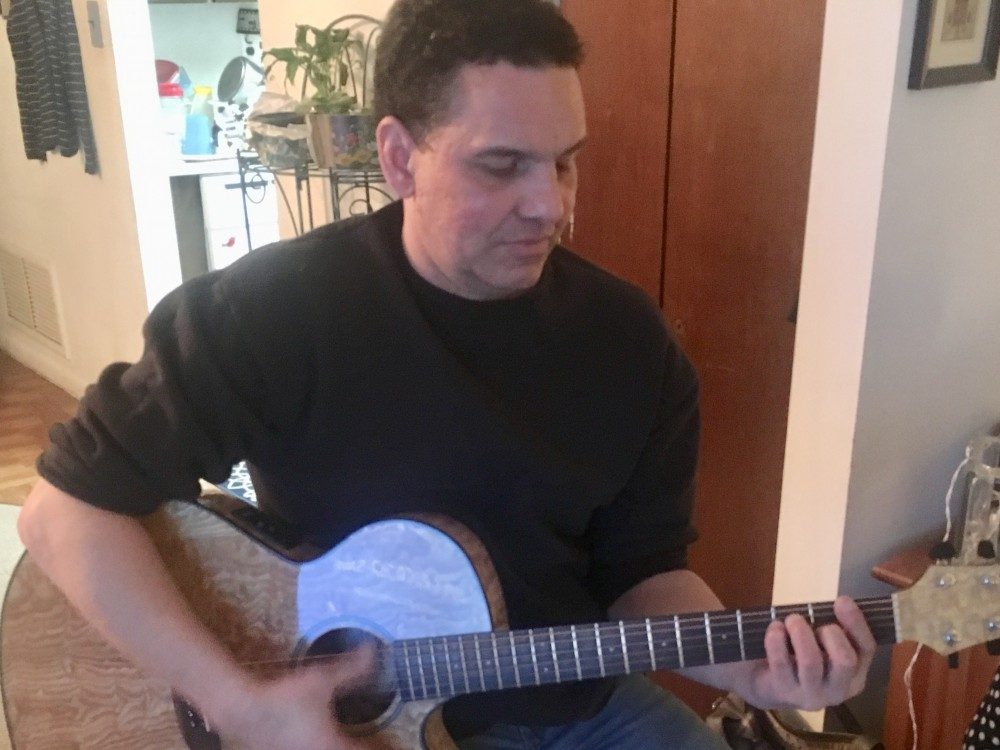 Springfield Spartan Chris Page (Class of '82) Has Been Entertaining Us at Local Venues for Nearly 35 Years.


You might know him as Chris from Flourtown Beverage (his long-standing day job), Spaj or Pager if you grew up here. If you don't know him, you should - he has a huge heart and a smile to share ... especially when he is talking about his favorite subject - music! If you get a chance to catch Chris and the Revolving Doors you will be treated to a fun mix of music with an ever-evolving cast of local musicians.  Click here to hear a sample of Chris covering one of his favorite artists, Neil Young.

How did you get started as a musician?


I learned to play guitar from my cousin Doug, all self-taught from there. I play Mandolin, Ukulele, Bass, Keyboard, and Harmonica. 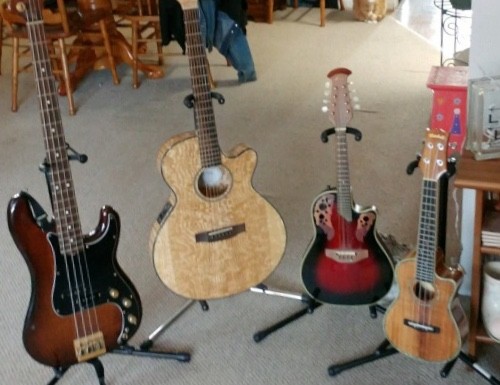 What was the first song you learned to play?


More than a Feeling by Boston. After that I knew I needed to learn more - music chose me. I have to play.

Were you in the band in High School?


Actually, no, I was into sports - I played football, baseball and I even played championship frisbee golf!!!

When did you start playing live?


Age 19 at the Bent Elbow, which you may now know as Magerks.

How did that happen?


I borrowed my cousin's guitar to play in a talent contest at "the Elbow", and I won !!! I took the prize money and bought myself an electric acoustic guitar. From there, I got a job playing Wednesday nights at the Bent Elbow, and then I got a gig at the Depot in Chestnut Hill.
Around that time, I put a band together called Rough Edge - I played Bass with Kevin Hug on guitars and Mike Dunne on drums. We did that for a while, but my bandmates were always coming and going - so I decided to just book gigs under my name and whoever was able to play would play.

Which leads me to ask about the name, can you explain "Revolving Doors"?


I was working at Halligan's when they first opened and I was trying to get a gig there. Jane Jaquinto (Not Just Jane) was the hostess. I asked Jane to get me a date to play and she asked me for the name of the band ... but I didn't have one! I told her it was just me and whoever revolves in. Jane didn't miss a beat. She said, "..ok, then, that's the name of your band - "the Revolving Doors". The name stuck. 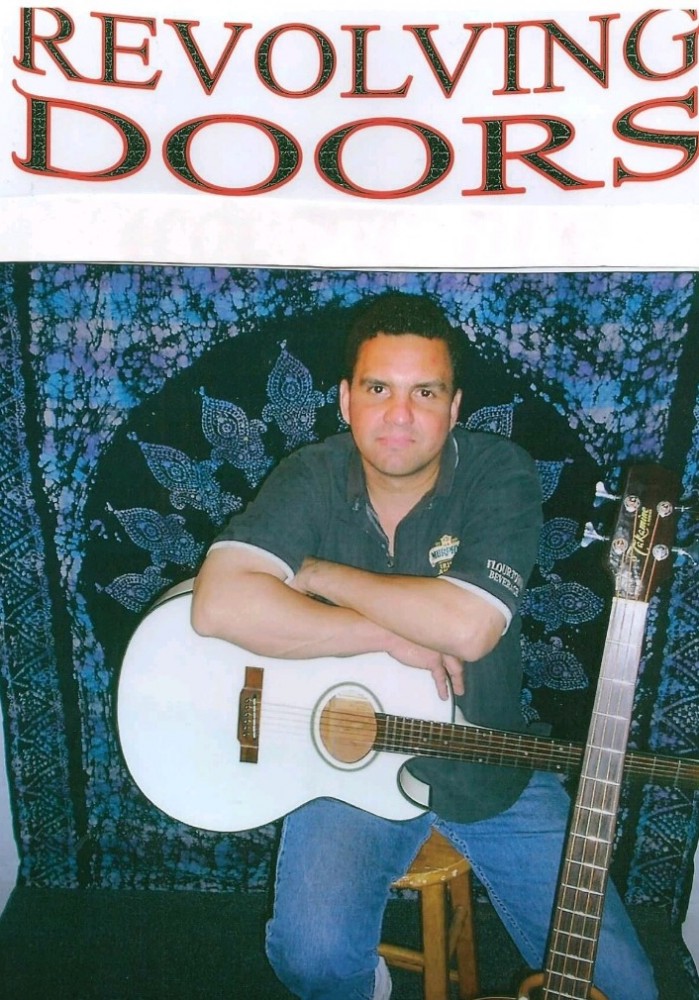 What are the requirements to play with the Revolving Doors?


Show up and be ready to play!

You have a lovely woman in your life, Christine Gioia. How long have you been together?

​
We've known each other since we were in 3rd grade - we were in the same class. I hadn't seen her in a long time! It took us 30 years to reconnect. She came to Campbell's one night when I was playing 6 years ago and we've been together ever since!

What do you love about Springfield ?

If you left where would you go?


I hate the cold, so Florida - Key West. At sunset, all the musicians come out and jam. I could totally see myself there.

How often do you play?


I try to play live once a week. If I can do that I am happy.

Where can we find you?


I have a standing gig at Scoogis - the last Friday of every month 8 pm-12 am. I also play regularly at Halligan's, North Penn VFW, and Jerzees in Glenside. I am really excited about my new gig at Gypsy Blu in Ambler.

If You See Chris Live and You Like What You Hear, Say Hi and Buy Him a Bottle of Bud! 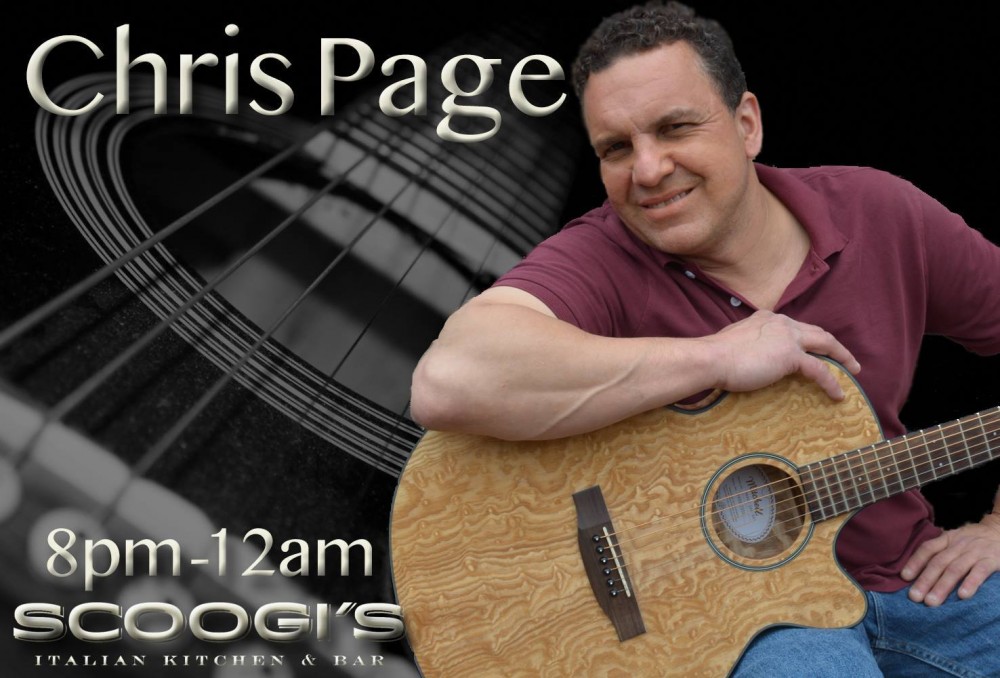 Kerry makes it her priority to provide each and every client with dedicated personal service coupled with in-depth market knowledge, experience, and the tenacity to deliver the most favorable terms and best possible price.